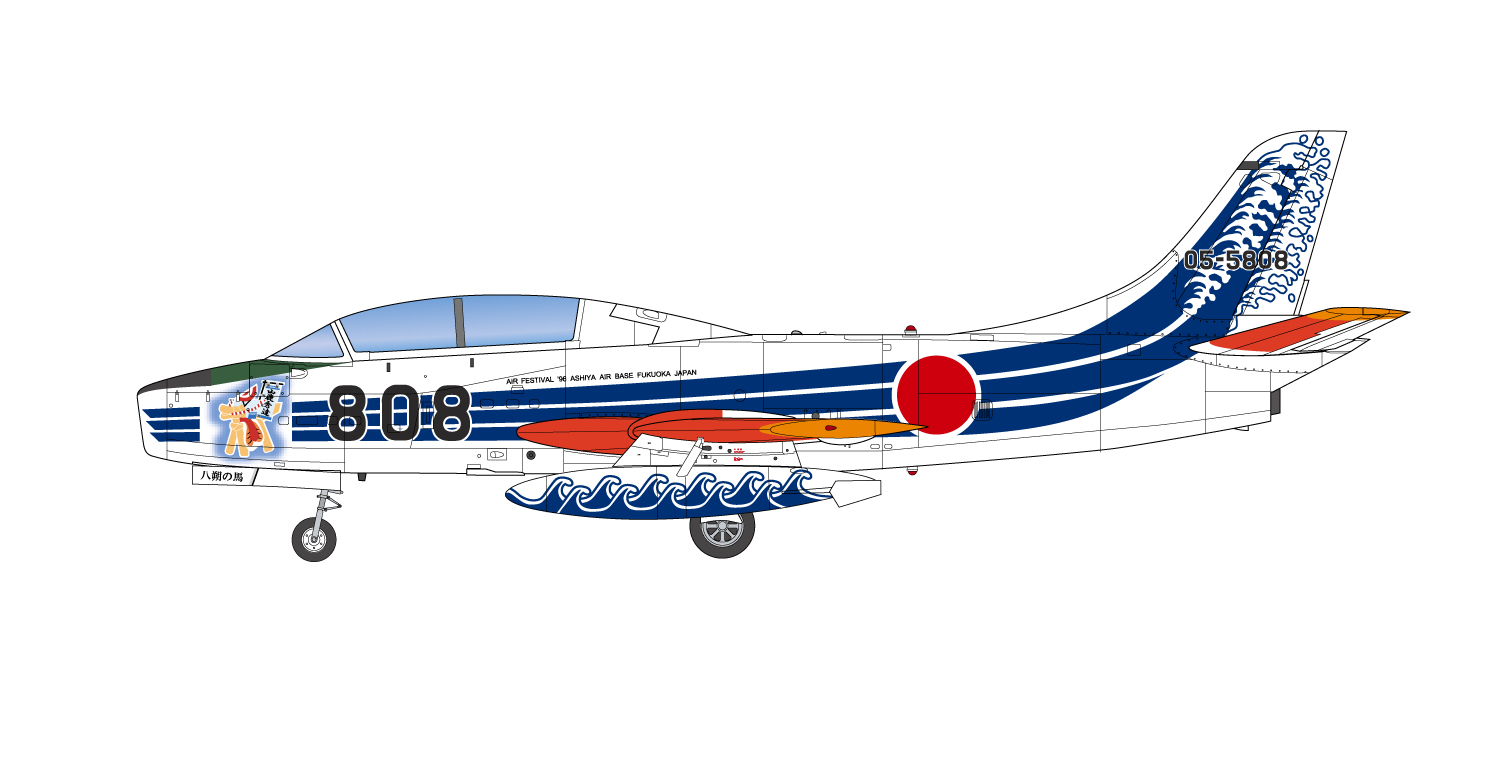 Login to View Prices
A special coating machine will be added to Platts' 1/72 Air Self-Defense Force training aircraft T-1A kit
. Modeled on the special coating machine that appeared at the 1996 Ashiya Air Base Festival.
The blue line that imaged the rough waves of the Genkai Sea seen from Ashiya base is drawn large on the aircraft, and the impressive coloring with the "Hassaku horse" used for traditional events in Fukuoka is reproduced with a large decal. increase.
The characteristic wave pattern drawn on the drop tank is also available as a decal.
The decal is made by Italian cult graph. The kit reproduces the first domestically produced jet trainer T-1A in detail, and reliably models the differences from the T-1B, which has a different engine.
The kit configuration that emphasizes ease of making, such as parts for the main wing and tail wing that reliably determine the mounting angle, is also familiar.